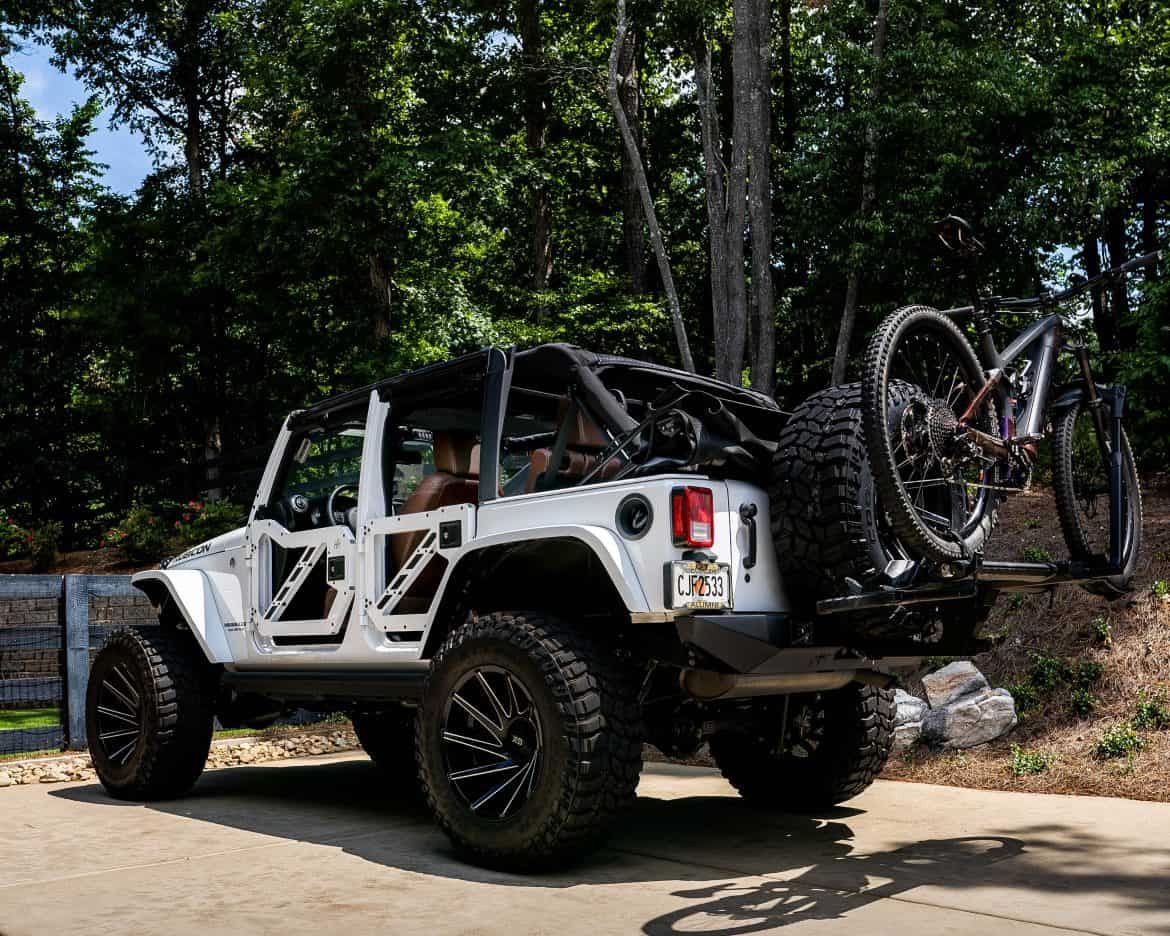 On July 23rd, I rode an e-bike for the first time. As you guys now know…it worked and I am back on a mountain bike. I had to be really careful not to overdo it and that was not an easy thing to do. I was excited to ride again and ready to get back out there. In the interest of not getting injured or setting myself backwards, I decided to ramp this up slowly. Here is how it all went.

Some of the best miles I have put in on the bike over the past couple of weeks have been with my 8 year old son Daniel. He has been begging me to ride and now we are able to finally get out and enjoy the trails. We started off with an easy, local trail called Haw Creek where he could get used to riding on dirt again. Last week, I stepped it up for him a little bit and took him to a beginner trail, Dwelling Loop at Blankets Creek, to get him used to more roots, rocks and extended climbs.

Overall…since I got back on the bike…Daniel and I have ridden 26.5 miles together and every pedal stroke has been awesome.

This moment I have been waiting for finally came and he has been asking to go ride as much as we can now. We had to make some adjustments to his riding style (he’s not just riding the neighborhood anymore!) and some encouraging had to come along the way…but the first wrecks are over…and so are the first sick jumps! It is amazing to me how fast he is progressing in such a short time and I can’t wait for our future rides together. My wife is also starting riding again which is great because we can enjoy this as a family.

This was the main driver for finding a way to get riding again and it has already been worth it.

I was getting used to being in the saddle again and the rides with D were going really well. I knew it was time to dip my toe back into the group ride scene and get out there with friends that I hadn’t ridden with in a long time. There is a local ramble that was the perfect time to test out my body on the new bike. I knew there was going to be a lot of peddling with guys that like to lay the hammer down.

The ride went great (well…kind of…there was one trip to the urgent care…it just wasn’t for me this time!).

Not only did I get to ride with friends I hadn’t seen in what seemed like forever. I also was able to follow along for over 12 miles. My body was tired at the end but I wasn’t in a lot of pain. The e-bike did its job of taking over for my injured leg and I was able to get out there and enjoy being apart of the group ride. That ride started building some of my confidence back up so I started thinking it might be time to really test things out. It was time to head back to the mountains…

First Trip Back to the North Georgia Mountains

The friend of mine that got me back on the bike thanks to the e-bike testing session shot me a text on Saturday.

“Roger and I are headed to the Pinhoti trails in the morning…you in?”

The plan was to do P1, P2 and P3. This was going to equal about 3 hours of ride time with 3,330 plus feet of elevation gain over the course of about 24.5 miles. The Pinhoti’s are not the hardest trails but you are dealing with riding in the mountains. This would be the first time I would be climbing and descending for extended mileage and time. I was nervous about it.

We started off on P1 and the climbing went about as planned. We all got in a line and started our way up. My goal was to ride just as if I wasn’t on an e-bike. It is more efficient for the battery if I would have maybe climbed faster but that isn’t why I was here. I was here to ride with friends and enjoy being back in the mountains again. So even though I was on an e-bike…I never once led a climb over the course of the ride.

Then came the first of the descents. I could feel that I was off. I was following Roger who I have ridden with for well over a decade. We have always enjoyed really blasting downhills but I could see he was pulling away from me. It was my confidence. I was worried about exposed washouts, wrecking, trees…I just dialed it back some and tried to get my bearings. The rides I had done previously got me used to sitting on a bike again but not to the point that I was riding to the level I was used to previously. I needed to get my head back into the game.

The second descent down P2 went better. I was trusting the bike more and my body wasn’t nearly as stiff. I was able to test a few small drops and bermed turns and things were feeling pretty good. Roger also wasn’t riding off into the distance like he was on the first downhill (although he wasn’t pinning it either).

When we arrived to P3, things were starting to get pretty sore I and that was not surprising. I was getting pinching in my hip from the damaged hip flexors and groin muscle, the hip bone was making it harder to sit (I need a different saddle) and my left leg had zero gas left…it was done. Luckily, the bike did what it needed to do and we did the out and back of P3 even if I chewed up a TON of battery power. I had enough to get back and that is all that really mattered.

P3 is an out and back with really tight switchbacks. We got to the final descent of the day and took off. It was the first time of the day that I felt like I was myself. We were not lighting up the Strava downhill segment boards by any means but we were killing it in the fun department. Roger and I were tire to tire taking each switch back and technical section right on pace.

We got to the bottom and with a quick fist bump…we ended on a great note and I had finished my first ride back in the mountains without getting myself hurt or anything else crazy frustrating. It went as good as it could have and I couldn’t have asked for a better morning. Unfortunately, I used my Apple Watch/iPhone to record and it missed some of the ride. I’m stealing Roger’s for here.

It’s really hard to put into words how great these 76 miles were. I got to do even more than I thought I would be able to in these early stages of getting back on the bike again. I am going to have to change a couple of things to make riding more comfortable. A new saddle that has more padding is going to be a must and I already switched to a hip pack to help with some back pain. There are also several riding muscles that had been dormant too long. I was getting some serious hand fatigue which I am not really used to. I need more miles to get those going but also…my body just isn’t the same anymore.

That said…I think I have been telling myself over the past couple of years that riding wasn’t nearly as fun as you remember. The mountains are just more trees. Didn’t you used to wreck a lot?

I did a lot of lying to myself because I didn’t think I would ever be able to do it again. I might not be able to ride as crazy as I used to…but that is ok. I get to share the sport with my son and still have those awesome descents with friends that just leave you doing nothing but smiling at the bottom.

I was able to get more done in this past couple of weeks riding than I had really even imagined. It’s great to be riding again. It’s more than just a bike, a trail and some friends you hang out with every now and then. It’s a passion and a sport that also happens to be great for the mind, body and soul…

It´s great to follow this story. Thanks for the updates!

This is just great! Going back to the bike must have been fantastic. I can’t imagine your face was not strong enough to contain the large smile you had. Keep it up and thank you for the update.

Thanks Federico! It has been an awesome couple of weeks for sure. I am still smiling thinking about the rides and looking forward to the future.

The Future of E-Bikes

The Single Biggest Upgrade To Any Bike

There are more kids on bikes right now…and...

How to teach your kid how to mountain...

The Greatest Joy in Mountain Biking

Why are mountain bikers so angry?