141 Days: My longest streak off the bike is over 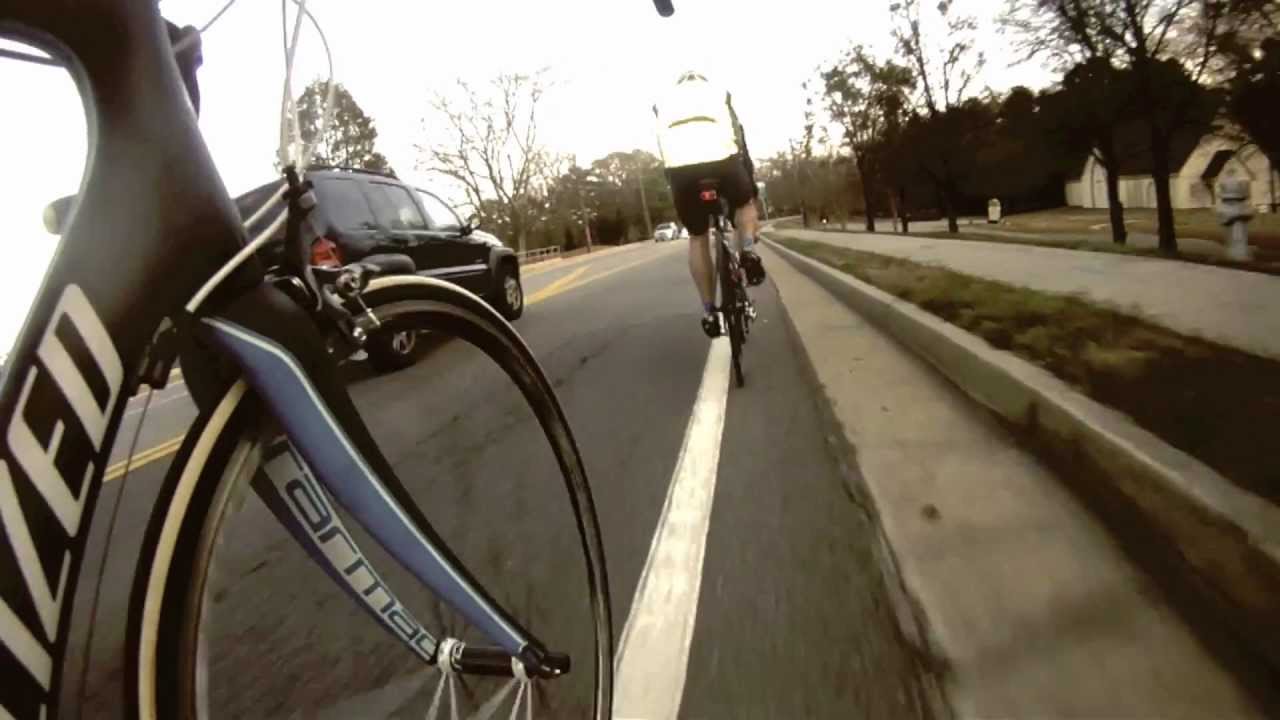 On October 2, 2011, some friends of mine and I headed up to Pisgah National Forest for a special ride. My wife was scheduled to have our first baby that coming Tuesday, so this was a chance to get out for one last weekend before our son came.

The weather was perfect, the trails were in incredible condition and everything was primed for a really good weekend out on the trails.

Except for one thing.

My back was starting to act up and in a serious way. This had been a long time in the making. What started off as a dull pain was starting to get worse. I shrugged it off as typical cycling pains for weeks and by the time we got to the top of the first climb of the weekend, I was seriously wondering if I was going to make it down.

At that point my back was in so much pain that even any simple sitting hurt. I couldn’t bend forward and pain was shooting down the back of my legs. I rode as softly as I could to the bottom and started my trip home for the weekend. My riding was done.

Over the next couple of weeks, we acclimated to our new lives as parents and I scheduled a doctor’s appointment to see what the hell was going on with my back. An x-ray pointed out that I had Degenerative Disc Disease in my lower two vertebra in my back. While this sounds more serious than it really is, the long story short is that the discs in my back are deteriorating. As they get smaller, they are pushing out of my spine and causing pressure against my sciatic nerve (the source of the shooting pain down my legs).

The treatment at this point…physical therapy.

The idea here is to do compression stretching to push what is left of my discs back into my spine, get them to set, and then strengthen my core to the point it acts like a back brace to support my back. The bad news…basically zero activity during this time.

The 141 Days of Inactivity

I wrote earlier this week what cycling was to me. It is more than just an activity. It is my source of health both physically and mentally. I would imagine that most of you reading this can agree with that statement. This 141 days was the longest period I have ever had off a bike since 1993 and I started to go a little crazy.

Luckily, I did have a new son that was keeping us pretty occupied and I was able to get away in the car for mountain passes to keep a little bit of adrenaline flowing through the body, but it wasn’t the same.

When you are off the bike for long periods, there is a disconnect with a life you once knew. What started with sharing experiences with friends turned into vicariously living them through pictures and posts on Facebook. While you say you are going to still hang out and keep in touch through times like this, the reality is that much of my activities with my friends were centered around weekday and weekend rides. I don’t blame them for not wanting to just hang out somewhere when the weather this winter has been insanely warm. I’d be out riding too.

The next couple of months consisted of going to the physical therapist twice a week. With a series of compression stretches, core workouts and electrical muscle stimulation therapy, we were able to get my back feeling better. But…I was starting to notice that the complete lack of physical activity was not only starting to make me gain weight, but that it could actually be making matters worse.

This week, I made the decision to break the 141 day off the bike streak and get out with two friends on the road bikes. This non-impact riding would allow me to not only test my back, but do so in a way that we were always close to a way to get home.

Out on the ride, my back felt surprisingly well. There were only two instances where I felt a twinge and it was on starts from stops. While on the bike and standing climbing, everything just seemed to work out ok outside of the fact that my legs felt like they had zero power. A little over 20 miles later, I was back at the car and had completed my first ride in months. It felt incredible and I slept better that night than I have in a long time.

The next day, everything seemed to flow as normal and I didn’t notice any increased pain. The plan now is to continue road riding and continue building core strength to get my body back into shape. The reality is that big drops to flat and other freeride maneuvers on the mountain bike are probably no longer in my riding due to back issues that are not going to just disappear and go away, but it is looking like my favorite style (big mountain AM) is within the realm of possibilities this year.

It was a long stint, but now I can see the light on the end of the horizon…and I can finally pedal towards it.

Coming back from injury can be difficult and...

The Greatest Joy in Mountain Biking

A video that truly captures what it is...

Video: Saykogel – They say video is supposed to flatten terrain…