Vassago Jabberwocky – In Search of Elegance

Over the last six months, I’ve grown bored and annoyed at my modern full suspension mountain bike. The incessant chain slap. The complicated and vulnerable rear derailleur. The bobbing suspension. The lazy lines I was being allowed to pick. It no longer brought me joy.

I started to take note of the people riding better then me without these things. I was inspired. I began to research rigid single speed mountain bikes.

Going into this project, there where two main concerns. One, I felt reliant on my mountain bike’s large selection of gear ratios. Two, I used all four inches of travel that it offered in the front and the rear. How could I manage without these things? How could I climb mountains and ride all day with one gear ratio? How could I descend without suspension to soak up the rocks and roots? With these things in mind, I picked out the components of my build.

I’ve had this bike built up for three weeks now. Have ridden it 12 times for a total of 140 miles. This includes a XC race and an “epic” ride up in the mountains. The rest of the time was spent cruising around on three different in-town trails.

The frame. It’s a good place to start on a bicycle build since everything attaches to it. After a bit of research and some test riding, I purchased a Vassago Jabberwocky frame. Below I’m going to attempt to break down what I feel are the positive and the potentially negative aspects of this frame.

It’s the next most important part of the build, especially if your skipping out on gears, shifting and suspension. This is how we interface with the ground! I went with Stan’s ZTR Flow rims laced to Chris King hubs.

Let’s talk about the rims first. I went with ZTR rims from Notubes.com because I wanted to run them tubeless with their Stan’s NoTube sealant and they are reputed to have an excellent strength to weight ratio. However, Notubes.com bills the ZTR Flow 29er rim as being ideal for all mountain. So why did I pick it over the Arch, their cross country rim? For one, in my opinion, it’s not appreciably heaver. Two, I wanted the wider rim. A wider rim results in a wider tire. In theory, this should result in more traction and a more compliant ride.

As for hubs, I went with Chris King. They offered the right price, engagement, reliability and availability for this build. For more consideration of hubs, check out this article:

And for last aspect of the wheel setup, I stuck big old Panaracer Rampage 2.35 tires on them and skipped the tubes. I’m currently running them 24 PSI in the front and 28 PSI in the back. They do a great job of soaking up the chatter, giving me traction in the north Georgia mountains and they roll reasonably fast. The only other 29er tire I’ve directly compared them to are the Kenda Nevegal 2.2. In comparison, the Rampage seems to give up a little traction and in return, feels like it rolls faster.

These are the main control interface for your bike. I’ve also done quite a bit of experimenting here, having tried four different handlebars and two different grips on this build.

First up, and this only lasted for a ride, was an Easton carbon handlebar I had laying around. Ended up being far too narrow. When pulling up on the handlebars while standing and climbing, I didn’t feel like I was getting enough torque. Next up, I tried a set of Mary bars. I liked where it put my hands. However, they where also slightly on the narrow side, heavy and made my cockpit too small. I didn’t feel like switching out to a longer stem to make them work.

My third set of handlebars, the first ones I really liked, where Salsa Pro Moto Flat Bars. Perfect width for me, reasonable weight and they worked with my fit on the bike. I liked them so much, I decided to buy the carbon version of the same bar from Salsa. I figured it would help dampen the chatter from the trail and save a few grams at the same time.

Unfortunately, in the course of the first few rides with my new carbon flat bars (non oversized clamp), two people informed me that they knew others who had broken these bars. This unnerved me a touch. Several rides later, I started to get some creaking from the stem region while climbing. I promptly swapped back to the aluminum version of the bar. No more creaking. Also, in terms of reducing chatter and making the ride more forgiving, I could not tell the difference between the two bars.

Grips I also did a little experimenting with. When I first built up the bike, I tossed on some small Ergons I had laying around. I’ve been using Ergon grips for almost a year now and I’ve been very happy with them. However, after a few rides, I started to feel they where ungainly and that they didn’t look good on my build. I tried ESI Chunky grips next. These sleek black silicon grips looked awesome on my new mountain bike. The honeymoon was soon over though and I began to miss the extra support the Ergon grips gave my hands. I also started to suspect that the ride felt rougher with them on. I switched back to the Ergon grips and rode the same trail I’d ridden the previous day with the ESI grips. Sure enough, the Ergon GP1s seemed to do a better job at reducing chatter. They felt like they made the ride smoother for me.

Vassago Jabberwocky – The Rest Of The Build

For brakes, I picked up some mechanical Avid BB7 disk brakes and a set of Avid Speed Dial 7 leavers to control them with. I had someone who knew what they where doing set them up for me. I think the modulation is more then acceptable, they don’t feel grabby to me. They where extremely inexpensive when compared to hydraulic brakes and do the job reliably. Can’t complain about that.

For all the other parts, I used components I had laying around or that I thought represented a reasonable price to quality ratio.

No clue what the entire build weighs, haven’t put it on a proper scale. The weight of my bike is not something I need to think about while I’m climbing. Though, it is less then my full suspension, aluminum framed, small wheel bike.

Conclusion on the Vassago Jabberwocky

I’m extremely happy with my Vassago Jabberwocky build. It meets all my objectives. It’s quite and reliable. I feel as one with the trail without being totally punished by it. And perhaps most importantly, I’m still able to do virtually everything with it that I was able to do on my full suspension, geared bike. It might not necessarily be as physically comfortable, but it certainly brings the joy of the ride back to me. 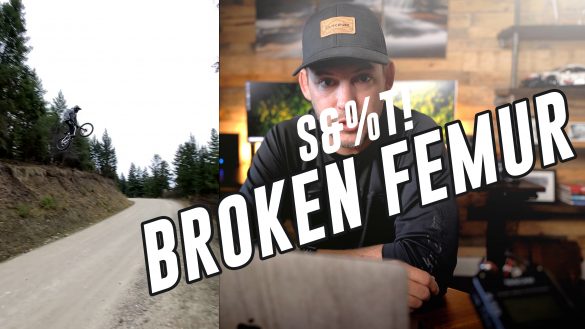 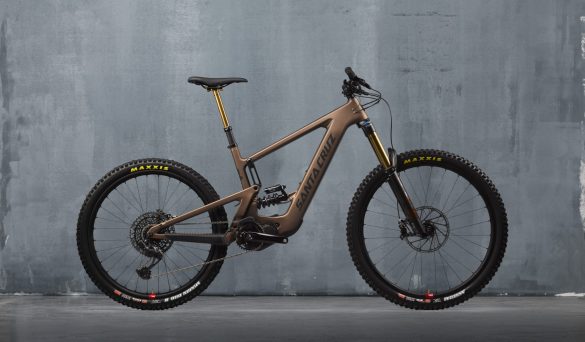 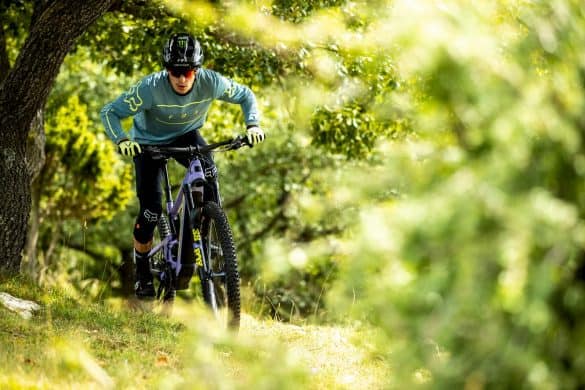 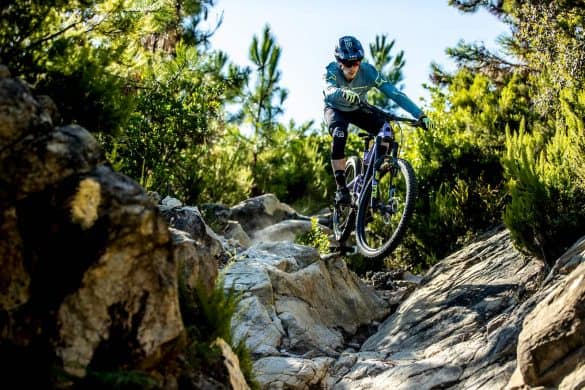 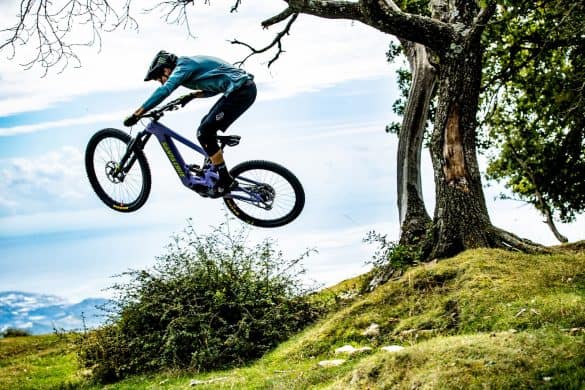 Getting A Set of Custom Mountain Bike Wheels?...

How To Get Your Girl To Ride (Without Her Dumping You)