In what looks to be almost another breakthrough in shock performance, Cane Creek pre-launches the 17-way adjustable CHURN, the only shock of its kind. In an equally unprecedented move – this shock will not be sold to the current generation of riders. Details are still rolling in, but we do know several key ingredients that make the CHURN so very far ahead of its time. It took Cane Creek’s engineering team 7 years to develop the CHURN – 1 year of product development, 1 year of testing, and another 5 years writing the Owner’s Manual.

The CHURN is the first of a family of products developed by the Double Barrel-Advanced Generation division (DB-AG). DB-AG was created inside the marketing department of Cane Creek to challenge the standard model of engineering.

According to Holly Colson, Global President of Marketing at Cane Creek, “We are not encumbered by formal engineering training so ignoring the actual ‘laws’ of physics allows us to shift the paradigms of product development. Every idea we have is so out of the box, we don’t even have boxes anymore. The key to DB-AG is to focus on coming up with kickass names and acronyms for stuff we want and the engineers come up with something for our great names.”

“We were getting tired of always hearing the comparisons to butter,” said Josh Coaplen, R&D Commander President. “It was always, smooth as butter, or buttery smooth, or some other lingual permutation involving the words smooth and butter. So now, instead of being “like” butter, it is butter.”

Josh was quick to point out that the system is self-lubricating, so that as the suspension is used, G.O.L.B. becomes butter. This keeps everything, ahem, buttery smooth. 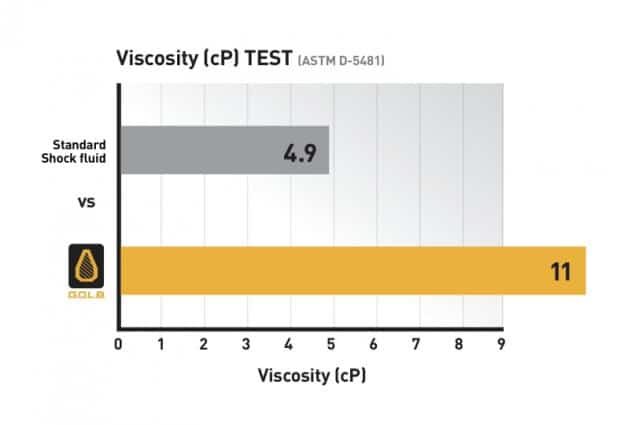 On the CHURN, each of the four standard Double Barrel adjusters is itself adjustable, leading to an exponential growth in adjustability. That’s right, adjustable adjustability. For those riders who demand a high level of tuneability, just “turn up” the adjuster’s adjusters. For riders who like to “set it and forget it”, there is a straightforward tuning process for adjusting out the adjustability. The 17th adjustment is a big red button, “that doesn’t really do anything,” says Jim Morrison, Elder Design Engineer at Cane Creek. “Marketing just said it had to have a button.”

According to Cane Creek, 100% of riders cannot reap the benefits of the CHURN. Literally, there is nobody alive that is qualified to ride the CHURN. For testing, Cane Creek built a bike riding robot, BikeBot, to explore the CHURN’S limits. BikeBot was programmed to only speak French so we could not interview it, though we overheard the sound “braaaaaap”. 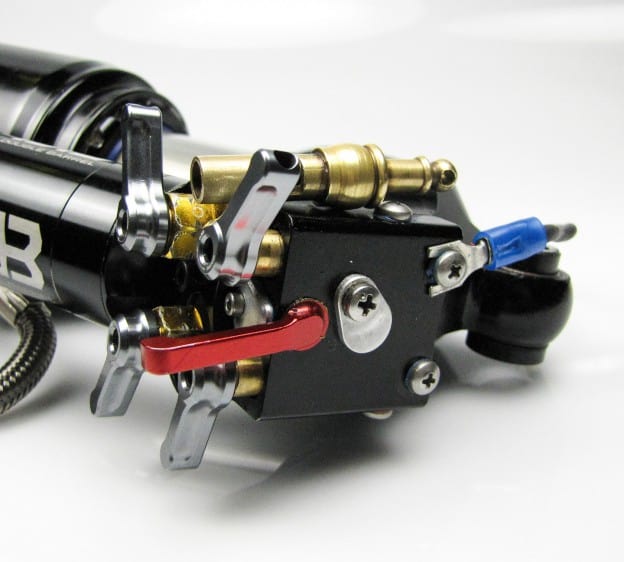 Applications for CHURN shocks are being accepted for children under 5 that, through extensive physical and DNA testing, are found to have a statistical likelihood of winning at least 20 World Cup races. To date, only two applications have been approved, Bam Hill and Duke Hannah. Applications are downloadable in The Lounge on www.canecreek. com.

Cane Creek has a long, rich history in taking bicycle suspension technologies beyond compre- hension and is among the world’s largest producers of corn mash. Located in the mountains of Western North Carolina, the employee-owned company designs and manufactures class-leading bicycle components, mason jars and performance enhancing supplements. To learn more about Cane Creek contact (800) 123-DBAG or visit www.canecreek.com.

Obviously this is an April Fools press release…and it really made my morning. Hilarious!

Poll Results: Who's Mountain Bike Suspension Are You...

The Most Blinged Out Endorphin on the Planet

Things I wished I had known earlier…