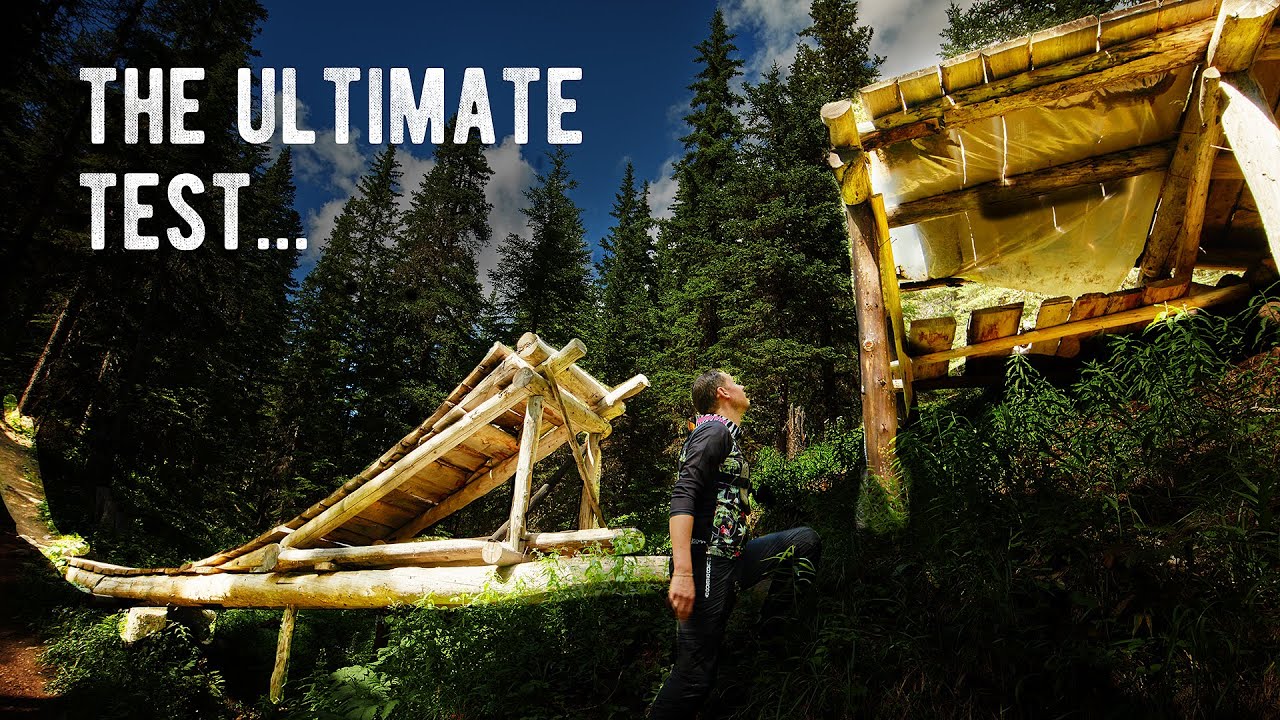 The Joy of Pushing Your Own Limits

One of the things I have loved about mountain biking…and one that I am finding that I am teaching my son a lot lately now that we are riding again…is to push your limits to become a better rider and learn new skills. I was going through my regular subscriptions on YouTube the other day and came across Ryan’s video (The Loam Ranger) on trying “the SCARIEST JUMP of my life”.

It’s heart-pumping conclusion to the “Summer Of No Excuses”. Ryan attempts the biggest, scariest, most high-consequence jump of his life. It’s called “the T-DUB step-up” on Moose Mountain in Alberta Canada. Oh boy, here we go…

That T-DUB step-up is no joke. I think the most nerve racking thing is probably the penalty if you get it wrong. That would be a long fall that was probably also a nice hard hit against the lander. Spoiler alert…you get to watch him go through the nervous process leading up to the attempts and he ends up nailing it several times.

The Joy of Pushing Your Own Limits in Mountain Biking

One of the reasons that I love pushing this so hard with my 8 year old is because challenge, failure and ultimately overcoming both is a great thing for personal and physical development. Taking the easy route or just not even trying gains you nothing in the long run. Even if you try and fail…that is better than not trying at all. We all learn from all of our experiences. Sometimes we learn more from the failures than we do the successes…

One of the things that really drew me towards mountain biking is the “just you and the bike” aspect. You can’t blame anyone else for not accomplishing something (even though we like to blame the bike at times!). The only limit to what you can accomplish is you. I think that is what draws a lot of people to more adventure style sports.

Some Tips from the Video

Ryan didn’t come right out and say it in the video but there are some takeaways on what they did correctly when prepping for a new stunt, jump, climb, descent…whatever you are doing for the first time that is outside of your comfort zone.

It’s not every day that you get to see a rider go through all of the nervous steps of trying something new. Thanks to YouTube, we get to see riders like Ryan share that with everyone. It is these candid style videos that really show how great riding with friends can be.

Fabio Wibmer had an INSANE 2021

If you are good enough it doesn’t matter…

2 Great Videos That Will Make You A...

SOLVED: Clipless vs Flat Pedals – Which one...

You HAVE to Watch This – Matt MacDuff...

The Decision on the New E-Bike Has Been Made