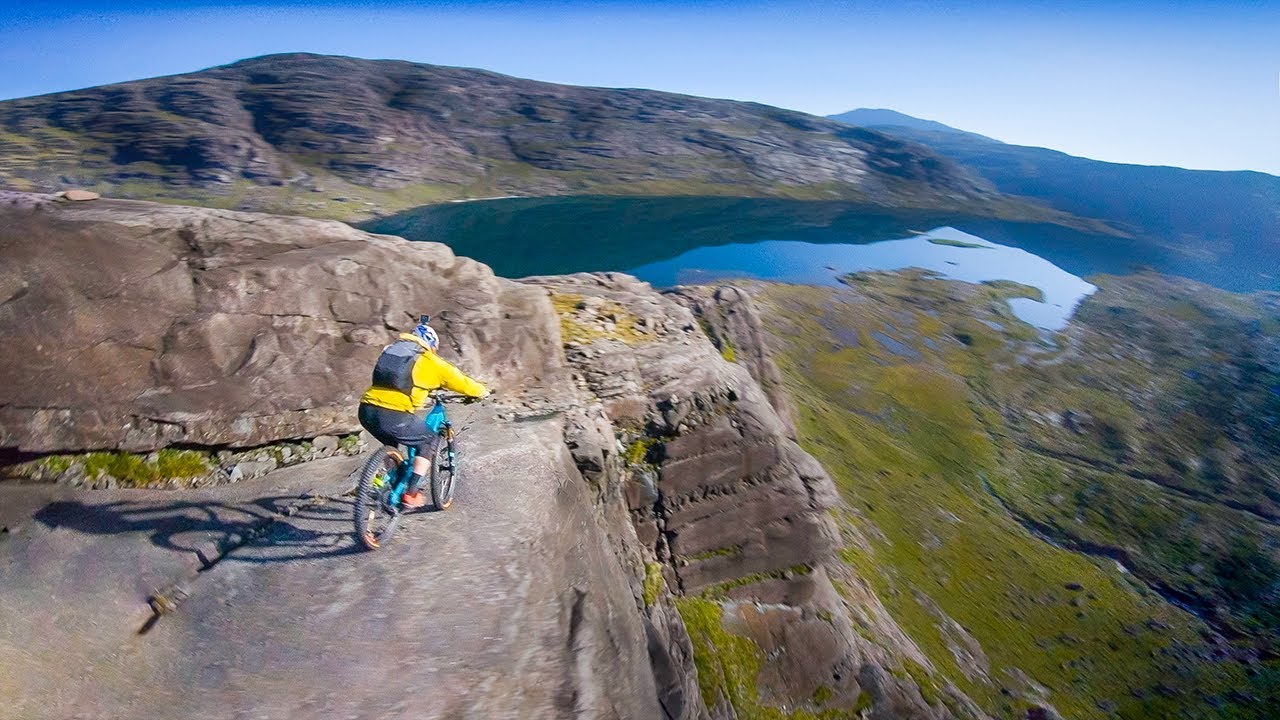 Just when you think Danny MacAskill can’t possibly put out something you haven’t seen before…Slabs drops. Holy vertical. Must watch is an understatement.

With many of our overseas filming plans cancelled as a result of recent times myself and the crew decided to look a little closer to home for our latest film.

I am a big fan of rock climbing and have been inspired by the various men and woman who set new routes and test themselves on some amazing faces around the world so I set out to find some challenging Slab Rock routes on my home Island of Skye with an aim to ride them in a continuous line and test what was possible on my bike. The remote Dubh Slabs rising out of Loch Coruisk in the heart of the Black Cuilin ridge provided some of the steepest terrain I have ever ridden as well as an amazing back drop for the film.

The remote location and steep face forced us to think outside the box and meant we had to move away from traditional filming techniques, with us opting to shoot the entire film using GoPros mounted on myself and an FPV (First Person View) racing drone.

“This and That” with Danny MacAskill and Kriss...

Would you ride your bike on a railing...