The Santa Cruz Nomad as been a staple in the bike industry for years. It was one of the first bikes that was truly a DH trail capable steed that you could also climb uphills. It has always carried the VPP suspension design unlike its brother the Heckler which is no longer in production.

This new Nomad takes a different approach than the traditional VPP design it has seen in the past and draws a lot of technology from it’s bigger brother and dedicated DH race bike…the V10…as you can see in the detail shot below. 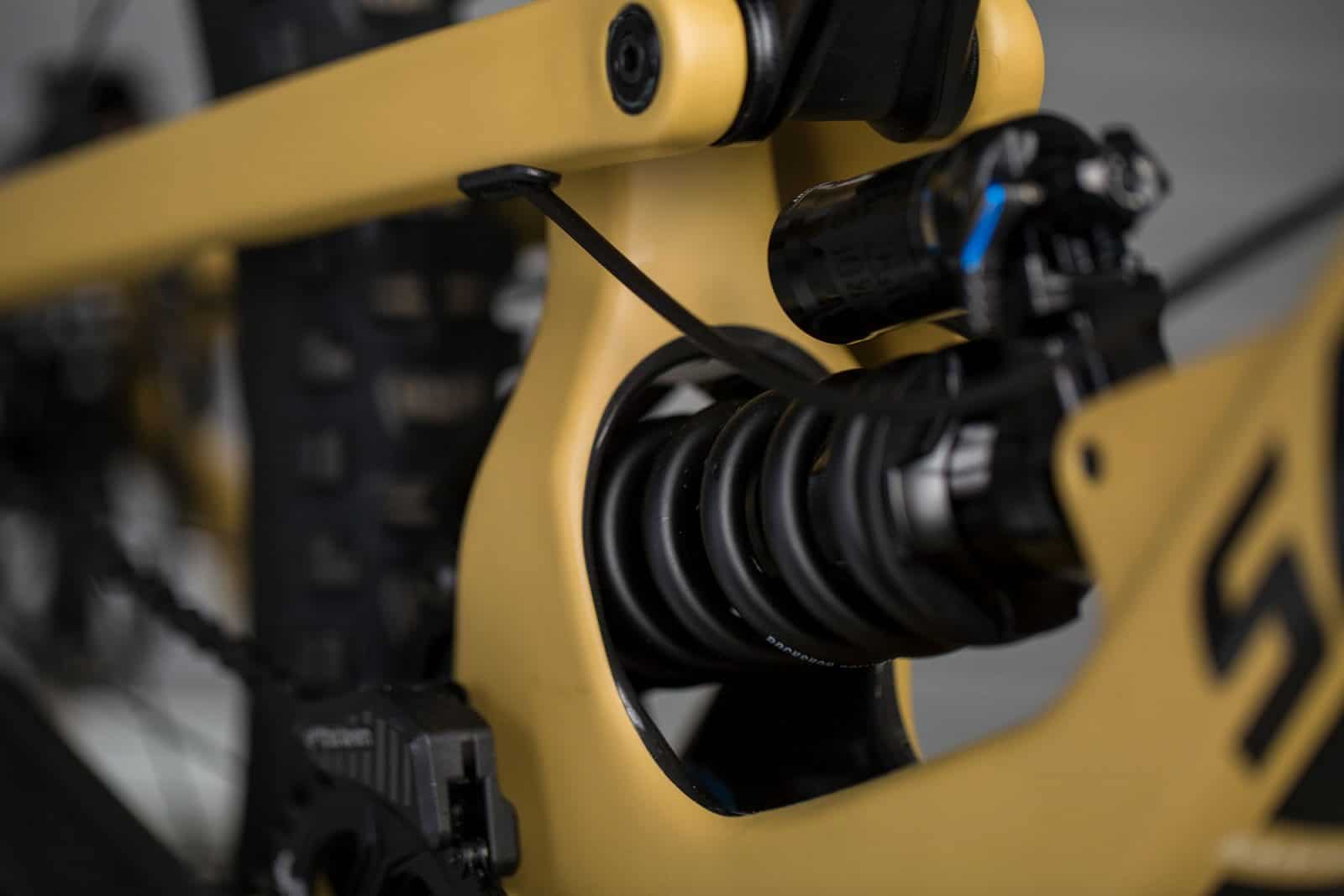 This the first time the Nomad has seen such a drastic redesign. Here is more from Santa Cruz on the details on the new Nomad. 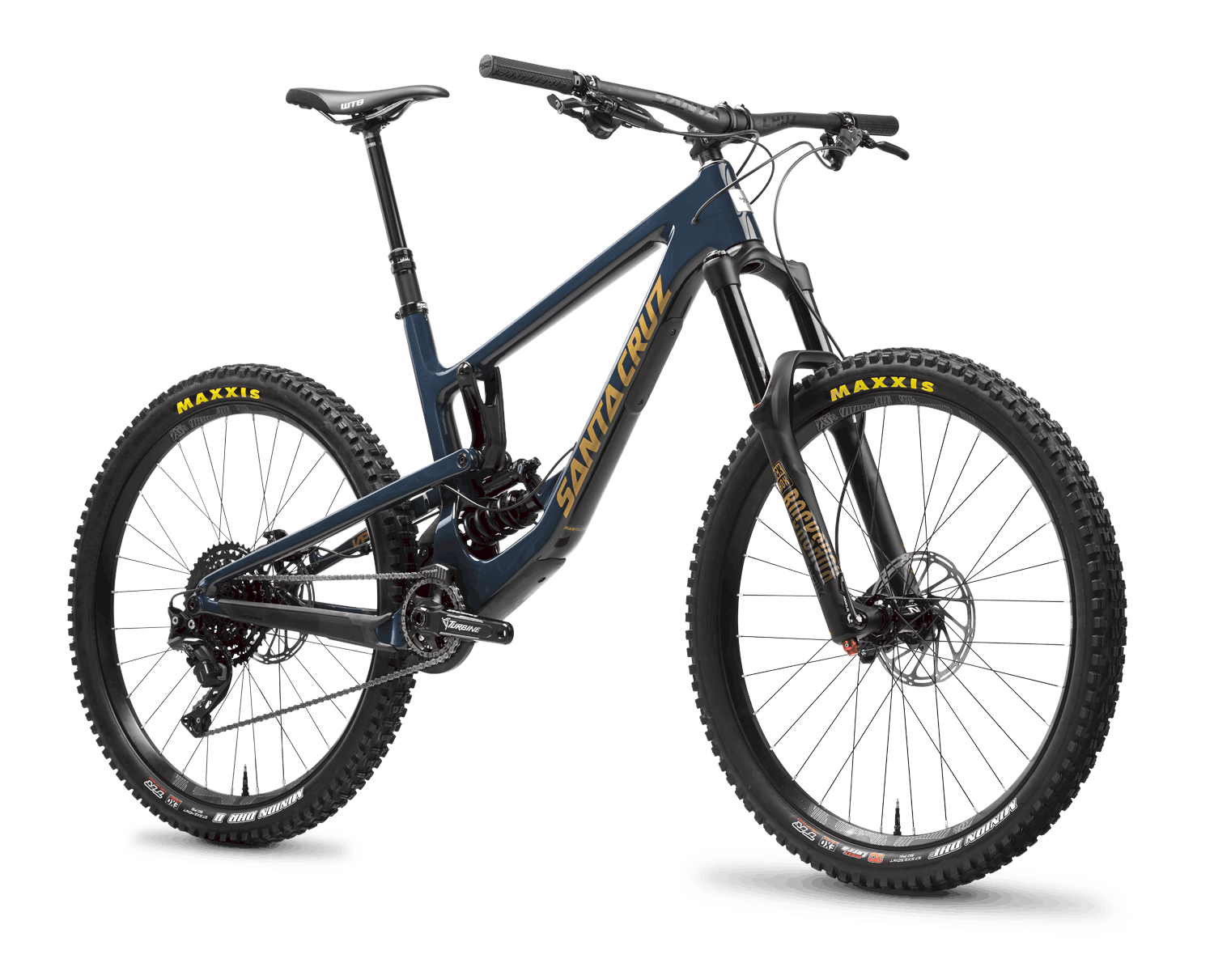 The Nomad’s reputation is built on consistently pushing the envelope of how DH a bike can get while still remaining usable on most trails. With each iteration we nudge the travel and geometry further towards the outer limits, and each time we surprise ourselves at just how completely rideable the end result remains.

The fourth generation design sees a dramatic shift to the lower-link mounted shock configuration. This is the first time that learnings from years of V10 development have translated across to one of our trail bikes.

The shock rate is now almost completely linear—which means feather-light small bump sensitivity right off the bat, a supportive midstroke and overall progression that you’d normally only experience on a DH bike. To keep the gravity vibe going we’ve ensured the Nomad can run both standard metric coil shocks and lighter air units to suit any preference. 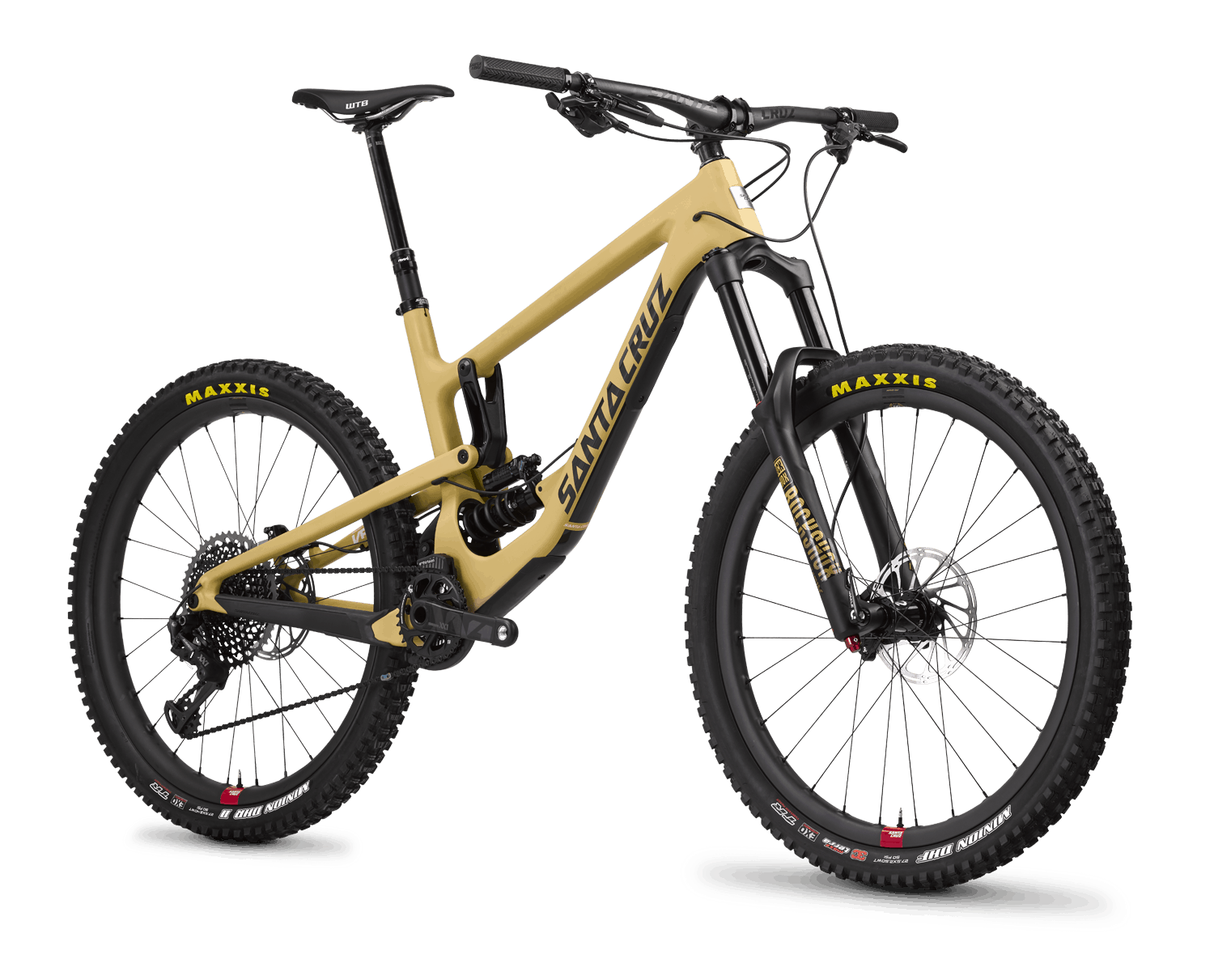 Full shock compatibility creates challenges when trying to cram everything into the precious bottom bracket area. But the continued evolution of our carbon tech means we’re able to create a svelt, strong, swingarm/front triangle combo that’s as much art as it is engineering.

We even managed to squeeze in a flip-chip feature on the lower link too. Think of the high setting as “regular”, the way the bike’s mostly meant to be ridden, and the low setting as being closer to full on DH status.

To handle all this new-found capability the geometry has adapted too. It’s longer and lower-slung than ever to ensure maximum stability and confidence on absolutely everything.

The whole package is crowned with a raft of subtle yet essential details. Bolt-on downtube protectors and shuttle guards act as a helmet for your frame—a replaceable front line against abuse. An integrated shock fender has also been added to keep crud out of the suspension.

The crowning glory of the Nomad, however, has been in the making longer than the frame itself: the all new Santa Cruz Reserve carbon wheels.  Spec’d exclusively on the Nomad for now, you can read more about how these wheels came into being right here. 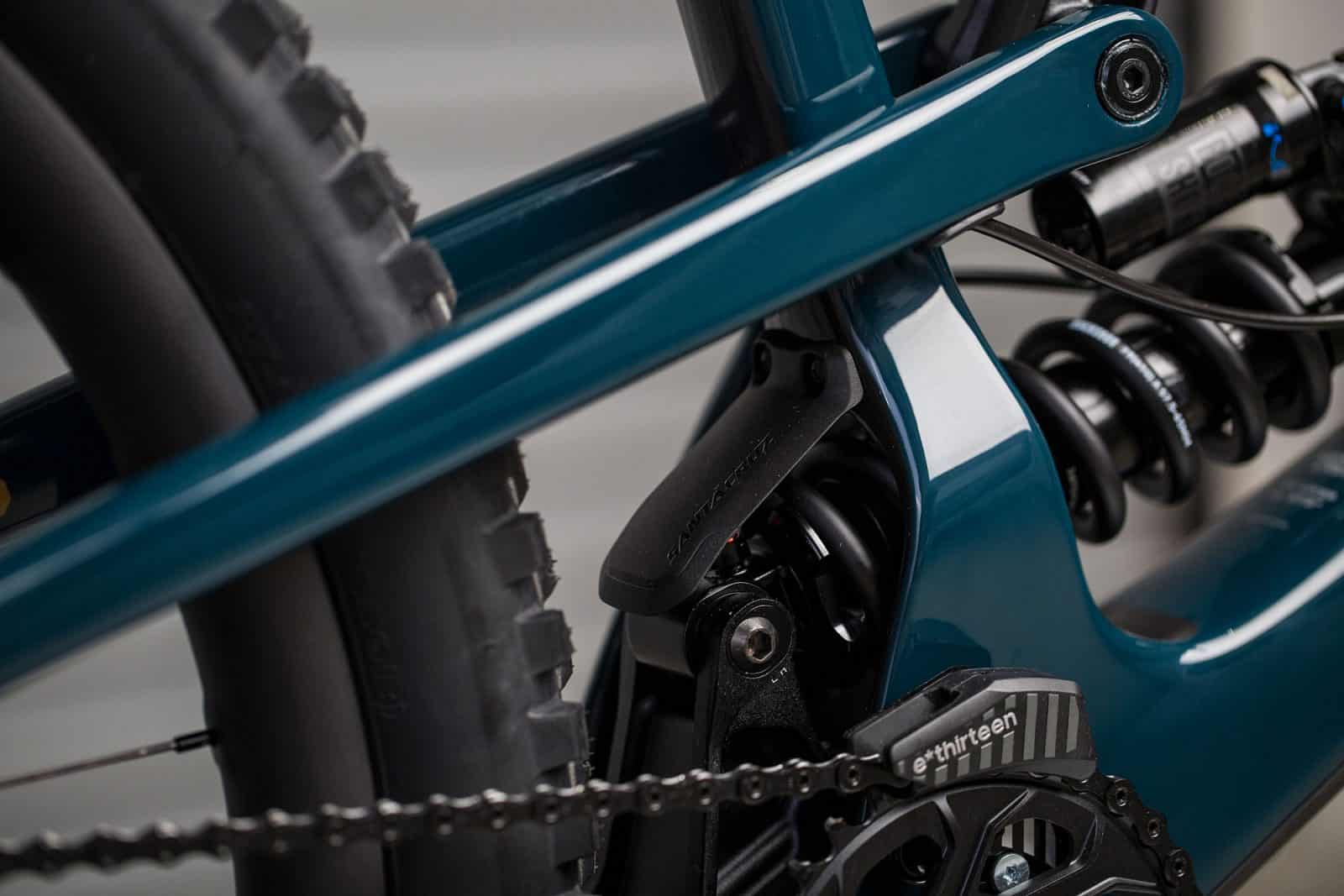 The fourth generation design sees a dramatic shift to the lower-link mounted shock configuration. This is the first time that learnings from years of V10 development have translated across to one of our trail bikes. 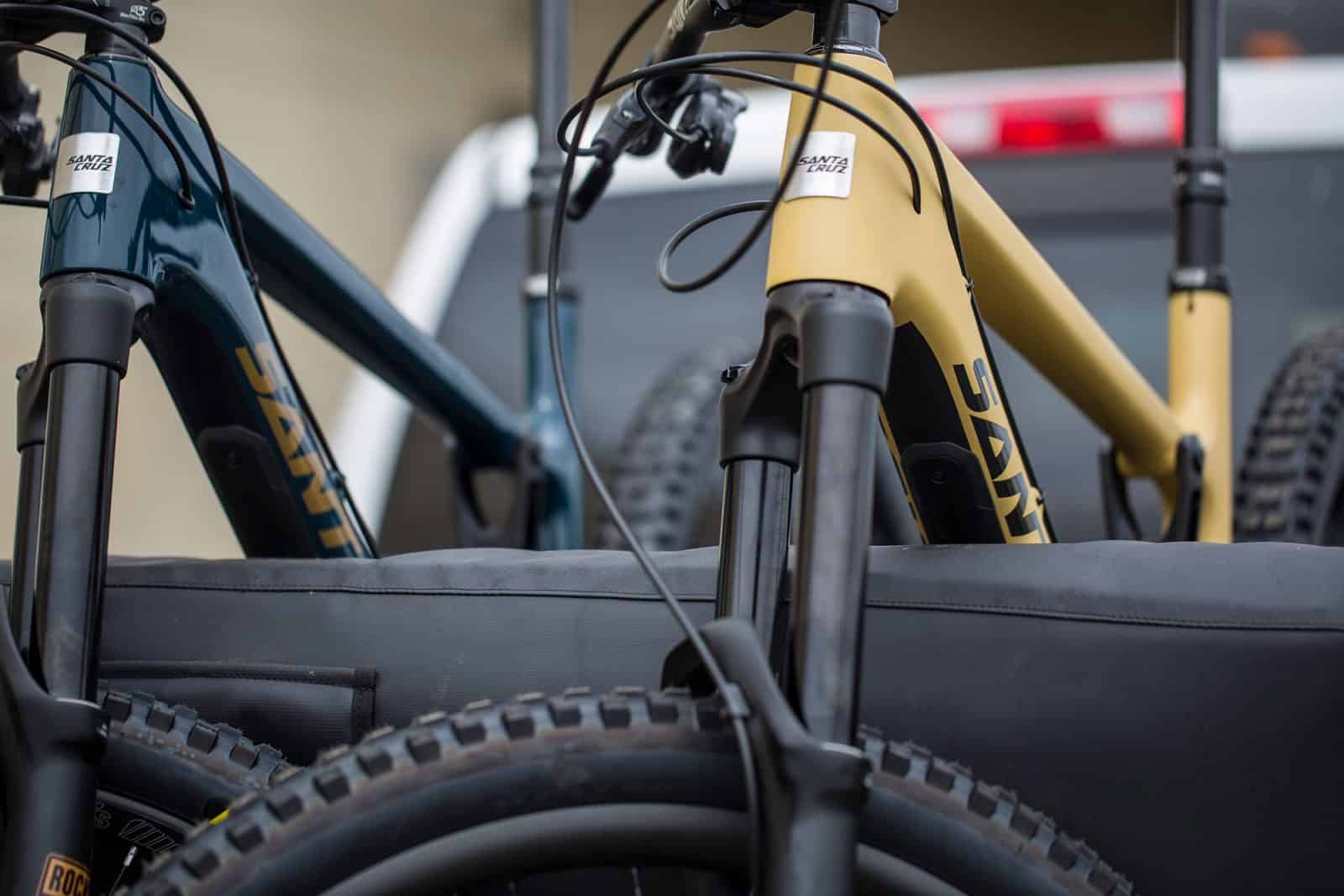 Hit the link for the full details!
https://www.santacruzbicycles.com/nomad