Today’s interview is with Chris Sugai of Niner Bikes. We take a look into the Niner Bikes lineup and where 29er mountain bikes are headed in the future. You can read the interview below or hear Chris say it himself on the recording. 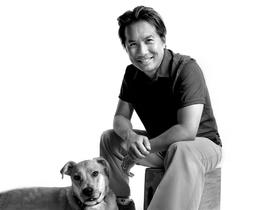 1 – What made you and Steve Domahidy decide to start a mountain bike company?

You know…what made us start was I had started riding a 29er singlespeed around and was taken back by how much my performance improved as far as climbing and descending ability…cornering ability with the bike that I thought was the best slap in the face upgrade to a bike that I had ever done on a mountain bike in all my years of riding. Being a bike geek and always wanting to improve, I wanted to have a custom frame made on a 29er and…you know…looked around and didn’t really find anything exactly to my liking. Steve and I were friends and one thing led to another and we decided that we could probably make these bikes ourselves since so few people were doing it and see how it turned out. Ever since then, it has just been a wild ride.

2 – Niner bikes focuses solely on the 29er mountain bike market. Why did you and Steve Domahidy originally decide to stick to this platform?

I’ve always believed that if you focus on one thing and do it well that you can pretty much dominate a market and trying to do too many things, kind of jack of all trades, you end up being pretty mediocre in all of them and I’ve seen that time and time again. When look across the landscape across businesses, it’s pretty true that companies that just stick to their guns and only do one thing, or only stick to one genre tend to excel in those genres and other players that try to come in and mimic what they are doing usually end up doing a second rate job. So Steve and I’s focus the whole time has been just to be core mountain bike company. Steve and I primary ride mountain bikes. That’s what we love and we’re passionate about. We feel that we have a special talent for that particular marketplace.

4 – Do you see any disadvantages with the 29er platorm?

The only major difficulties I see with the 29 inch wheel over the 26 inch wheel is sizing. I think when you start getting down to trying to fit riders at 5’1″, 4’11″…then you start getting a pretty cramped cockpit and toe overlap situation to where you would have to make some geometry changes. You might start sacrificing some of the benefits and then you kind of get into a gray area of if the benefits outweigh the compromises you have to make in handling in order to fit the rider properly. And that is where a 650B or maybe a 26 inch wheel is still a viable option for riders of that height. But…you know…I’m 5’6″ and able to ride a 29er no problem and we fit riders down to 5’3″/5’2″ on our bikes without any issues. That is about the only big disadvantage I see with the 29er platform.

5 – There are two huge releases this year with the WFO 9 and the Air 9 Carbon. Both of these bikes appeal to a very specific mountain biker. Who is the perfect rider for the WFO and Carbon? 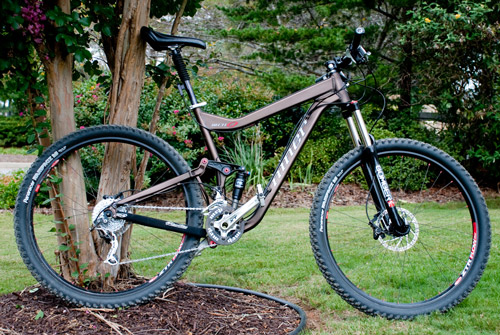 For the W.F.O. 9, it is definitely for the rider that is going bigger. It has 5.5″ of travel in the rear, and usually with a 29er…you can subtract an inch…so the W.F.O would be the same as a 6.5″ bike on a 26 inch wheel bike. I think anywhere where someone is going to be riding larger stunts…5 or 6 foot drop offs…really, really rough technical terrain…is going to be a suitable rider for a W.F.O. Is it designed for buff, swoopy singetrack…no. But high speeds like SoCal where you have a lot of high speed descents and shoots and drops…the W.F.O. is a great bike for that type of riding. 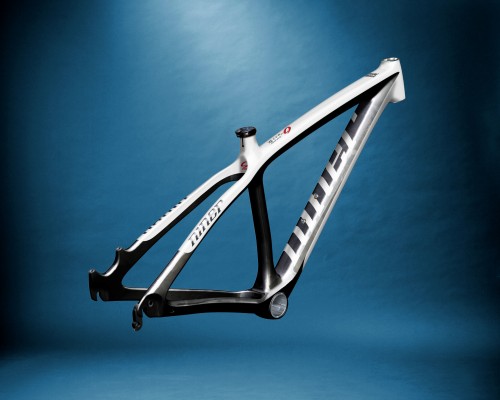 The Air9 carbon, definitely on the other end of the spectrum. It’s extremely lightweight…very stiff…very efficient. Designed more towards a person who is doing cross country racing or just cross country riding where there is a lot of climbing involved…smoother trails. Obviously, it can be ridden on rougher trails…but you would have to have the skill level to go up with that. The Air 9 can be ridden as a singlespeed or a geared bike so…basically…those two types of riders, or the same rider who wants to try both gearing setups, are available on the Air 9 Carbon.

6 – I had a chance to race your Jet 9 in a local xc event and it was incredibly fast…especially in the rooty/rocky sections of the trail. When you think of the perfect rider for a Jet 9, what characteristics do they have?

From all of the feedback we have gotten from the people riding the Jet 9, its a pretty wide spectrum of people that are riding that bike. We have guys that are riding it on terrain that I would think you would be riding a R.I.P. 9 or a W.F.O. on and they were really happy with the Jet. Wasn’t really designed for that type of riding…heavy, heavy offroad riding…it is more designed to be an efficient cross country machine where you want to take the edge off. We have a lot of roots, baby heads and you want to be able to sit down and pedal through all of those and the Jet 9 will allow you to do that and hammer in the big ring. The CVA suspension is active in all 3 rings so that allows you to sit in any gear and have a fully active suspension. Where as a lot of other 3 name acronym suspension systems…only work really well or optimally well in the 32 middle chainring.

The Jet 9 is lighter than the W.F.O. or R.I.P. 9 so definitely marketed towards cross country racers. Great for 24 hour events where fatigue over time takes a toll. The Jet 9 has enough to just take off the edge and still be very efficient. Looking forward to what people have to say when we have the new 2010 model out fairly soon.

7 – With the popularity of the 29″ wheel size, there are a few manufacturers in the industry experimenting with the 650b. What are your thoughts on the 650b wheel?

I think the 650B wheel has its place. I think…again…like I spoke about earlier…29ers are hard to fit on riders under 5 foot 2 you definitely start having issues with toe overlap and so forth…so I think the 650B would be a great wheel size for that. When you start getting to riders that are 5’5″/5’6″ and then above 5’9″ and all the way to 6 foot tall and above…you know…the advantage of the 650B gets diminished quite rapidly because the 29 inch wheel is definitely more efficient then a 650B.

And then…its always that situation when new technology comes out, you always see the interim technology kind of come out. When rear suspension came out you had a lot of suspension seatposts pop out all over the place. The Thud Busters and U Shock Post and all of those type of RockShox shock posts because people just didn’t want to go over to full suspension. As things became better known and people understood the technology better, full suspension definitely has won out. Suspension seatposts are still out there but not in the type of volume that you saw back then. Disc brakes is another great example.

When disc brakes first came out, people were really horrified about having the thought of a hydraulic hose and people didn’t want to give up their ChiChi levers they had just bought, so you had cable actuated hydraulic brakes and that was that jump gap made for people who couldn’t quite jump across stream to the new technology of hydraulic disc brakes. But…again…time marches on. Fully hydraulic brakes are definitely the way to go and cable actuated hydraulic disc brakes are a thing of the past. Unfortunately, I see the 650B has a limited use and that any rider to rides a 650B, back to back with a 29er on a trail, will easily see the advantage of a 29er…will see no disadvantages to owning a 29er. Also, as standards come, there is a huge selection of 29er wheels available and now forks and frames…where, with 650B, there is a very limited amount. I think it is going to be tough for the 650B to gain traction and get a lot of market share. That’s my thoughts on the whole thing.

8 – What are you riding right now?

Air 9 Carbon and another prototype bike on the weekends and having a really good time.

9 – Where is your favorite place to ride?

You know…one of my favorite places to ride is definitely Donaville. Definitely like to go there at least once a year to ride and went to Whistler earlier this year…had a blast and hadn’t been up there…at least for mountain biking…had been there to snowboard. Really had a blast up there. Those are two of my favorite places to ride as far as terrain goes, but I’ve had some pretty amazing rides in the Chez Republic a year ago. Just came back from Eurobike and rode in Switzerland, so a lot of it more than just the actual riding and the environment and who are with and just the day sometimes. Even your local trail is just your favorite place to ride when everything just kind of comes together real nicely.

10 – What were you doing before you started Niner Bikes?

I owned a small construction company that I started when I was fairly young and still have it today. Steve has been in the bike industry…basically…for the last 20 years or so. That is sort of where we came from.

I’ve made some bold statements about this…I definitely think that 29ers are basically going to take over the mountain bike market. I feel that a paradime shift is going to occur and that 26 inch wheels will be the minority wheel size actually in the pretty near future. You look at the landscape when disc brakes came out…there was a lot of tension and a lot of back and forth about the whole thing but at the end of the day…superior technology always wins out and I think riders…once they ride a 29er…will se the benefits. I don’t see riders going back. Just our own feedback we have gotten from our own riders, we rarely see people go from 26 to 29 and then go back to 26. Its always the same email, I just sold all my bikes and I bought another one of your bikes. I don’t really see the market share for 29ers getting any smaller in the future.

Let’s see…I’m alcoholic…so I stopped drinking when I was around 25 after some mishaps with alcohol so I have not had a real beer in a long time, but I do enjoy nonalcoholic beers, so I don’t have a favorite one to be honest with you.

13 – What is your favorite part of mountain biking?

14 – Is there anything else you would like to add about Niner Bikes or any other random thoughts?

We appreciate all the support that we’ve gotten over the years and sites like yourself that have taken the time to look out for a small company like ours and give us a platform to speak and test our bikes and let people know what our bikes our about. We really appreciate it. Again…everyone at Niner rides. We all enjoy riding. That’s what we talk about on Monday’s. Where did you go and what did you do? So…I hope that shows in the bikes that we produce and thanks for the time…I appreciate it. Bye