I realized to my surprise that we did a first look of the NOX XCR-29 wheels, talked about them a bit, but never followed up with our mid term review. We only got to test the wheels for 6 weeks, so while it wasn’t quite enough for us to do a really long term review, it was enough for us to realize that these wheels absolutely rocked. It was “that wheelset” that I was looking for, and one where I was willing to sell half my kidney for, so I’ll be able to do some long term notes on our very own.

I don’t like to gush praise on a product that we review, as I like to look at things holistically as there is usually negatives to go with positives. But in this case, there aren’t any other than price. Really. When we first got the wheels, we noted a few things we liked, and wondered whether the lateral stiffness and light weight would really be worth it in the real world. I’m happy to say that they  are. We put these on our Trek Superfly 100 race bike. It’s a weight weenie race bike, but I threw on a dropper post at the same time so we could really beat up on it. We took the wheels over a bunch of our SE trails as well as a local 6 hour race. They handled Windy Gap (in the Pinhotis) like a set of downhill wheels. Solid, precise, and the bike just felt more “in tune” than before when I pointed downhill. The engagement of the I9 hubs also helped me clear the rock garden that I never have before. I jumped water bars, smashed these into the ground and into rocks, and other than a couple of surface scratchs, they looked perfect. Solid, true, just like when we first received them. 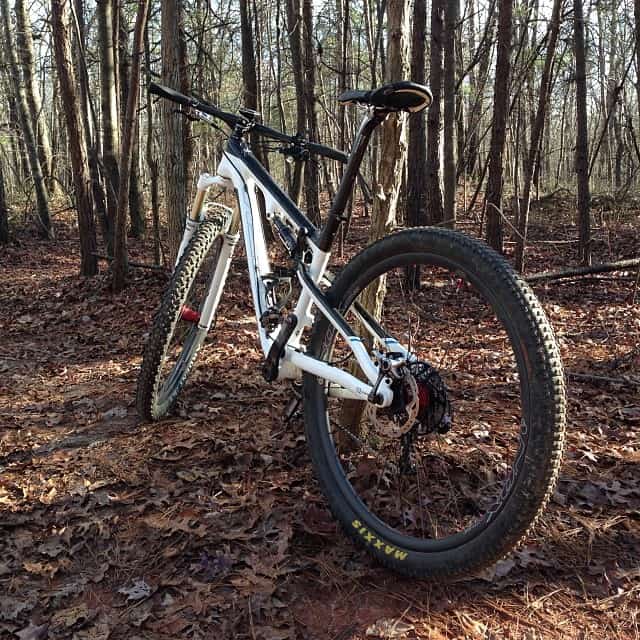 Did I mention that these were stiff? That slight wander that you feel in the rear wheel when you push through a berm? That slight hesitation when changing direction in a rock garden while putting pressure on the front? Both gone. While NOX on their website goes into detail about the technology and how these will not ride harsher than an equivalent aluminum rim, one thing I didn’t realize is that the wheel build, spokes, and tension all will affect the ride, especially compared to a super flexy wheel like the Crest. I did find that small rocks, imperfections in the trail, and other things that were sort of absorbed by my previous wheels came through. But as I said before, I took that away as more of an “in tune” feel vs extra harshness. It was just unexpected, as it had the same feeling as someone turning off “mute”.

Another bonus for me is that the stickers on the rims come off very easily. While some people love stickers and love to color match their accents, I’m more of a “black, black, black” sort of guy, so I could create that nice clean look by removing the stickers. Sorry NOX!

So lastly, let’s talk price. These aren’t cheap. At $1500 they are an investment. But unlike other options out there I feel these are worth it. Some of the other options I looked at were of course Enve, the Light-Bicycle wheels, Specialized Rovals, and Notubes Valor. The Enve, while nice, didn’t have any benefits over the NOX. Not as wide, heavier, AND more expensive. The Rovals were 50 grams lighter, but 2mm thinner, only a 24 spoke count on the front, and worse engagement on the freehub. I’ll take the extra 2mm and strength. Same with the Valor. While they are significantly lighter (170 grams), the 24 spoke front scares me, and I want more than 21mm of inner width. Also, only available with the Notubes hubs, which are the majority of the weight difference. I could build up the NOX with some uber light hubs if I wanted that 170 grams back. Lastly, the Light-Bicycle wheels, are the same weight, same width, and a touch cheaper. But in the end, I felt the asymmetrical design of the NOX and backing of an local company was worth the extra couple of hundred bucks over the competition. I kind of sound like a NOX salesman, but I’m just letting you in on my thought process that I had to use to drop that much money on a set of hoops. 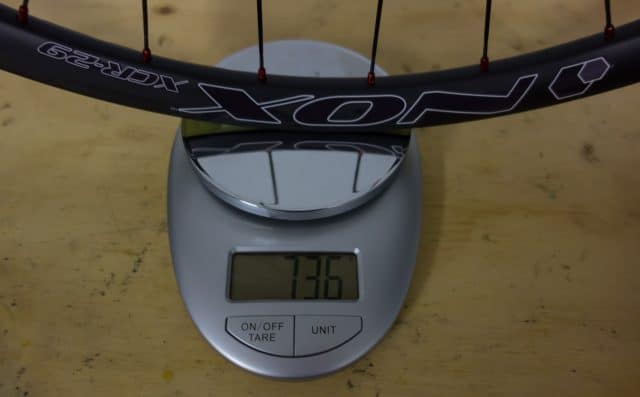 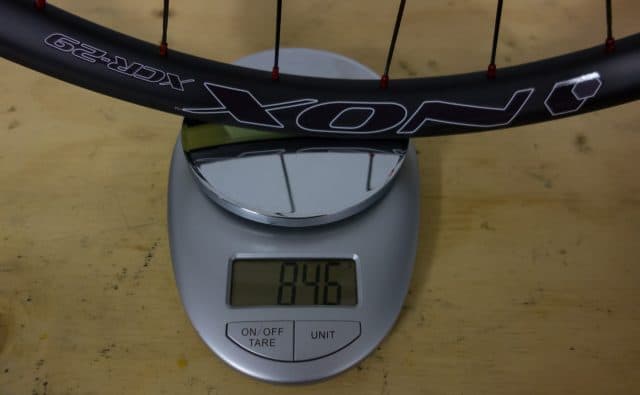 I went with (surprise!) black I9 hubs instead of the blingier red, and waited a few weeks to get the 28 hole rims vs the 32. These wheels will be the weight weenie wheel set on the Superfly, so I’m willing to forego just a touch of stiffness and durability to save the extra grams. With the stickers removed, but with tape, valves, and everything else, these come in at a nice 1520 grams. While I could have gone for something even more weight weenie, I felt that the width, stiffness, and engagement of the I9 hubs was worth the extra few grams over something that weighed 1470 and didn’t have the other benefits. 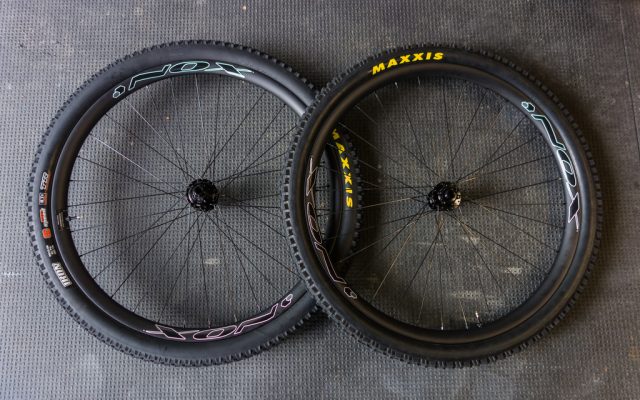 We’ll follow up with a “real long” term review towards the end of the season after we throw a thousand miles into these. We also got a set of the NOX AM-29 wheels (teaser pic above) for our “enduro&enduro&enduro&enduro” bike, so we’ll be writing those up shortly, stay tuned!

Where should you spend your money on mountain...