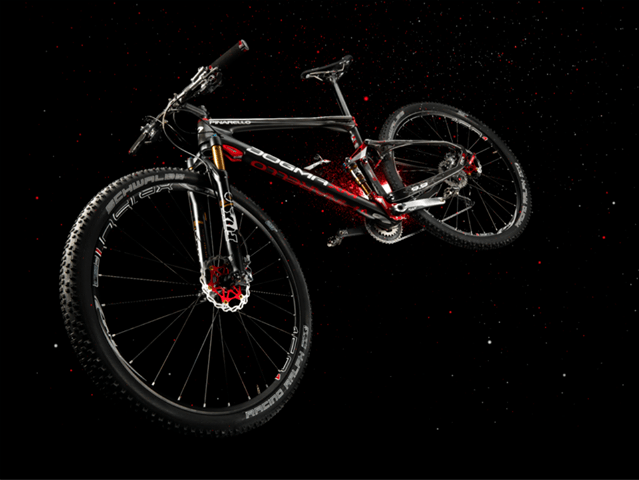 Pinarello…one of the most trusted name in road biking…has released their new Dogma XM mountain bike as their first step into getting their frames dirty. While they are proclaiming this as revolutionary and different than the competition, my guess is that their first step into full suspension is not going to be without quirks. 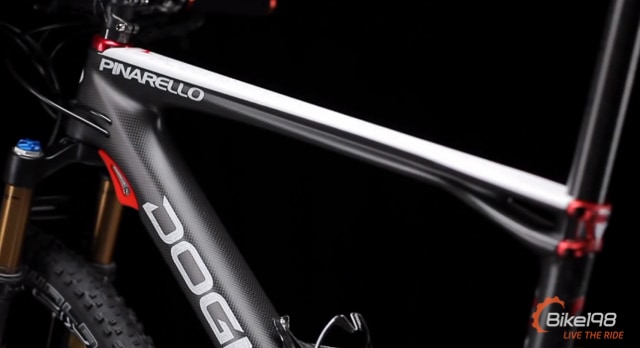 There is one thing we will know at least, the carbon work should be fantastic given the quality of their road biking frames. I am pretty sure we can also expect the price to reflect how proud they are going to be of this release…which means expensive.

The new Dogma XM 9.9 is the result of a strong desire to get out of traditional schemes, and bring revolutionary ideas in the full suspension world. We consider ourselves pioneers, but with consciousness and experience arising from our history in road racing…

I wasn’t really surprised the video started out like this. For one, it is a marketing video and two…why come out with a mountain bike for the first time if you are just going to claim it is the same as the rest. Whether their claims are actually true or not…they still have to “revolutionize” if they want to break into this market for the first time. 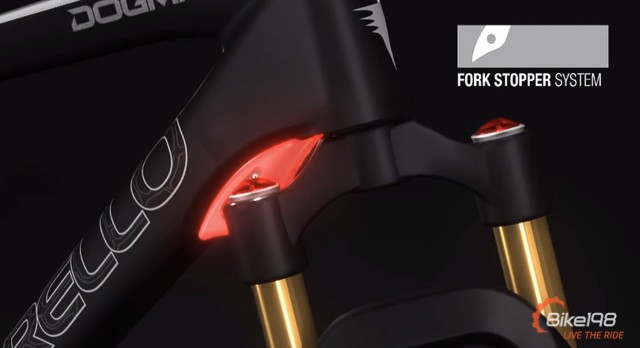 All MTB manufacturers build their own frames on the assumption that the fork should rotate 360-degrees. This forces them to stretch the main triangle, inevitably compromising its own natural stiffness, contrary to that of road frames.

So what has Dogma done? They put a protective bumper on the bottom of the downtube so your fork slams into that instead of spinning around when you wreck. Not a bad idea by any stretch but it would be interesting to see what happens on a really hard impact and whether the fork manufacturers like their crowns and adjustment knobs hitting that piece.

With Pinafit, pushing on the pedals, you have the unbeatable feeling of riding a road bike.

They claim this is because there is a perfect front triangle due to the inability of the fork to swing 360 degrees. It is supposed to keep a stronger structure up front with no interruptions in geometry.

Ours is not a phobia of symmetry, but the mathematical proof that the symmetrical positioning of components makes little sense…

Stiff as a road bike. Suspended only when needed, without any remote control… The dream of every biker? It’s obvious, to have a bike that dampens only when necessary…

Welcome to the new era of MTB, fully suspended.

So will it be as good as Pinarello’s hype? I guess we will have to wait and see. At least they did make a sexy looking mountain bike frame and did some great styling on the red/black theming. It should be a pretty cool bike to see in person.

EPIC VIDEO – Lightfall – A Journey in...

Back on the Bike: Initial Reactions and Thoughts