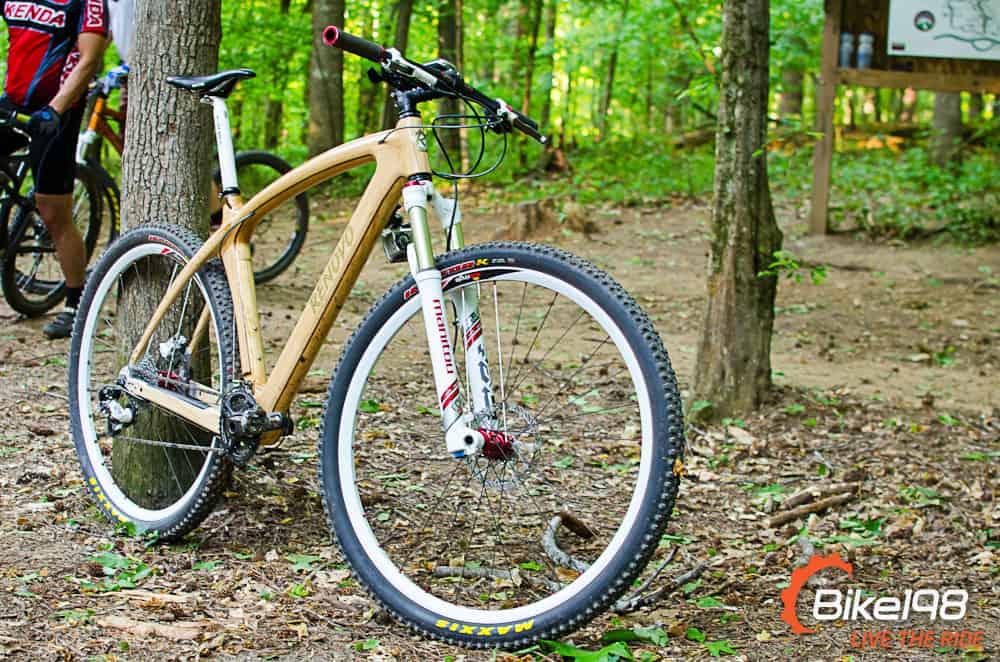 The Renovo Badash 29er wooden bike. Arguably the only wooden bike we have seen at Bike198 that actually looks like it can shred trail and Renovo sent one over for us to throw a leg over. These past few weeks…that is what I have done, so we need to take a look at how this unique bike performs on the trail. Does it ride as good as it looks?

Renovo is pretty unique. While other bike companies have gone the bamboo route, Renovo uses a series of hardwoods to build their bikes which include everything from time trial rigs to this 29er HT. This particular Badash 29er came out of the Red Stag series of frames made of New Zealand Radiata pine and hickory.

The craftsmanship is nothing short of amazing. The amount of work that goes into making sure this frame is as much of a work of art as it is a mountain bike is mind blowing. As soon as I took it out of the box, I knew it was something special. With a 5.5 pound frame weight and a $2,550 price tag, you would expect this to be a high end, boutique piece, but it over produces on the wow factor. From the way the wood is constructed and joined together to the internal cable routing, every inch of this frame is thought out and executed to perfection.

Honestly…it is almost annoying at times. You would think I pulled up to the trail in a bright orange Lamborghini Aventador the way other riders have to come up and see the bike. If you are going to ride one of these at the trail, get used to talking about it a lot.

The bike came spec’ed with SRAM X.9, Manitou fork and some Sun Ringle wheels. The SRAM X.9 package is rock solid and while the wheels are nothing to write home about…they would get the job done. The difficult part is the Manitou fork who’s performance can’t seem get into the 2000’s. The 20mm TA was good for my riding style but the action on the fork and the extreme annoyance of the 5 bolt process of the front axle makes me hate the fork.

Taking a look at the geometry, the Badash has a HT angle of 71 degrees. This falls right in line with most 29er hardtails in the industry, but with the supplied fork…we would measure this closer to the 70 to 69.5 degree end given the longer travel. This is noticeably slacker than more race inspired 29er hard tail frames that are closer to 71 to 72 degrees. While a shorter travel fork would help the tight handling of the bike, I believe this is the right setup as the 5.5 pound frame weight is going to keep this bike from ever being a light race inspired 29er. If you are not going to be a race bike, make the bike more capable on the downs without completely sacrificing the ups.

I wasn’t really sure what to think the first time I threw a leg over the Badash 29er. Was it going to ride like a steel frame? Was it still going to be stiff enough? My guess was that the wood would deaden small bumps making the bike vertically compliant but laterally stiff, but there was only one real way to tell…get it dirty.

My initial suspicions were correct. The wooden frame did a great job of softening stutter bumps in the trail. While the frame did not feel as dead as I thought it would, it behaved a little bit softer than steel. It was almost as if the hardwood was absorbing vibrations so I didn’t feel it in the saddle and grips. Normally this deadening comes at a price, but the bike did not feel loose either. The rear end tracked very well keeping traction through g-outs and off camber turns. The stiffness of the frame in hard load situations was there as much as a steel frame but not quite as much as aluminum. If I had to compare apples to apples…it was almost like a well built carbon frame from that aspect.

While the bike was not overly heavy, it was not as nimble on the climbing end as a typical light hardtail. The frame characteristics described above did a great job of keeping grip, but when you stand up to hammer…that lunging forward feeling wasn’t quite there. Honestly, I do not see anyone seriously racing this frame, so that is not as much of an issue. But, it is something to be prepared for as you hit the trail.

When you get headed downhill, the bike really comes alive for a 29er hardtail. I was able to take this bike off of drops, jumps and through technical downhills with ease. The vibration damping characteristics of the frame made it almost seem like there was an inch of rear wheel travel aiding during the run. Like I mentioned before, this did not come at the cost of lateral stiffness either. The bike tracked very well and was even comfortable in the air with flatter landings. This bike can really take a beating and I was not expecting that at all. Normally I hate running hardtails on DH runs but I slammed the seat down and shredded it. Was I as fast as my suspension bikes? No, but I wasn’t itching to get back to XC trail either.

This bike is obviously not for everyone. If you are looking for something truly unique that still can be pushed like a real mountain bike should, the Renovo Badash 29er is exactly that. As you can tell with my Wolfhound, I am a sucker for works of art that can also be ridden out on the trail. When you roll up with a Badash 29er, you get a lot of comments like “I wouldn’t even ride that it is so nice” and “Is that seriously made out of wood?!”. It truly is a unique piece of art that can take a beating on the trail. It will not be a race bike or a brillant climber, but it will be an incredibly fun bike that you can not see anywhere else.

Bikes are made to be ridden and I had a great time with the Badash 29er from Renovo during the period it graced our stable. It is truly the only wooden mountain bike I have ever ridden that I actually enjoyed riding as much as staring at it. The hardwoods do a great job of absorbing vibrations that rattle your teeth loose on aluminum frames and the bike is surprising capable on the downhills (as we had to record on video below as proof). 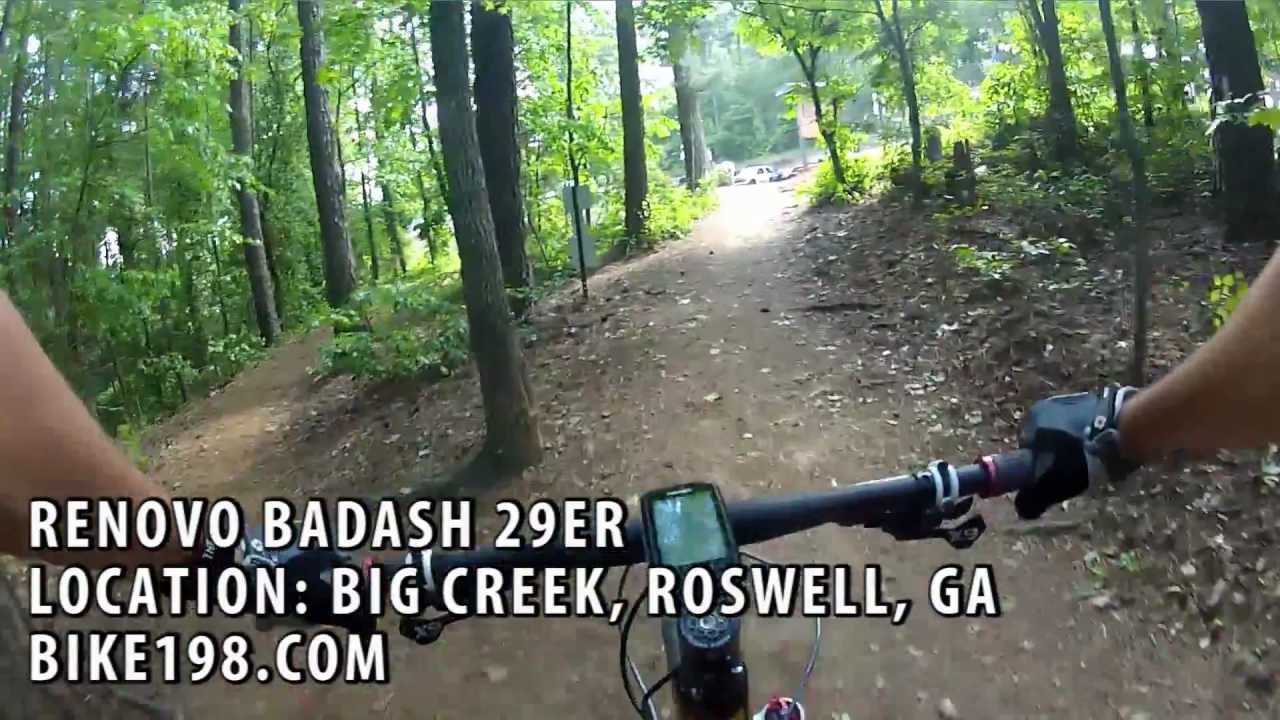 Ian Morrison at Whistler Doing a Whip at 1,000 fps